Tomb of the Light and Heavy ©TimJ.Goswick

In this effect the magician moves a large pyramid freely on top of a base, someone from the audience now stands on the base and attempts to pick up the tomb using two ropes that are attached to the top of the pyramid, the assistant is unable to lift the tomb until the magician waves his hands over the tomb and assistant.
The pyramid packs flat for traveling.
In the vintage video you’ll notice I use two assistants. I feel the effect is stronger just using one assistant from the audience as stated in the above description, you can then combine this effect with your existing breakaway wands, and tricky bottles, and so on. (See the video)
Price $389 plus shipping.    Sorry no overseas shipping. 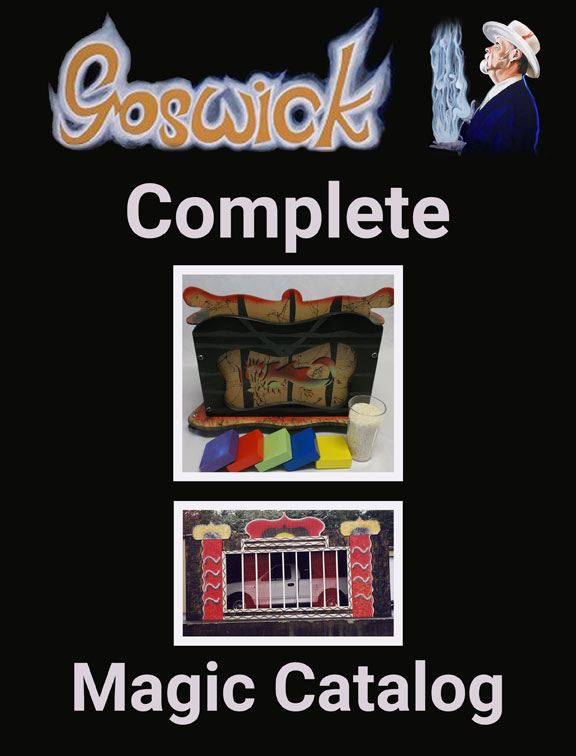